Israel and Lebanon struck a US-brokered sea border agreement last month that opens up lucrative offshore gas fields for the neighbors that remain technically at war.

Hawkish former Israeli premier Netanyahu, who on Wednesday appeared on the cusp of returning to power, has staunchly opposed the deal, dismissing it as an “illegal ploy” and warning he would not be bound by its terms.

If Netanyahu wants to withdraw from the deal, then “he will withdraw from an agreement with the US,” Bou Saab told AFP, noting that Israel and Lebanon had signed separate deals with the United States.

He said Washington had warned that “the withdrawal of any party would have great consequences on both countries.”

“When Netanyahu says that he wants to withdraw, this means that he will be facing the international community,” Bou Saab added. 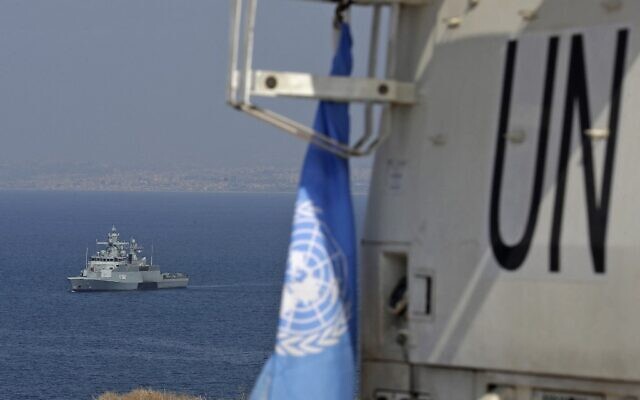 In Washington, State Department spokesman Ned Price stopped short of confirming guarantees, but said the deal was “in the interests of Israel and Lebanon.”

“Scarce resources, we know from history, have the potential to create tensions and potentially to escalate tensions into, in some cases, the brink of conflict.”

US President Joe Biden had hailed the “historic” deal, which comes as Western powers clamour to open up new energy production and reduce vulnerability to supply cuts from Russia.

Netanyahu, who has called the deal a “capitulation agreement,” has not commented on it since Tuesday’s Israeli elections.

Initial results showed his alliance with the extreme right taking a narrow lead.

We’re really pleased that you’ve read X Times of Israel articles in the past month.

That’s why we started the Times of Israel ten years ago – to provide discerning readers like you with must-read coverage of Israel and the Jewish world.

So now we have a request. Unlike other news outlets, we haven’t put up a paywall. But as the journalism we do is costly, we invite readers for whom The Times of Israel has become important to help support our work by joining The Times of Israel Community.

For as little as $6 a month you can help support our quality journalism while enjoying The Times of Israel AD-FREE, as well as accessing exclusive content available only to Times of Israel Community members.

Thank you,
David Horovitz, Founding Editor of The Times of Israel

Already a member? Sign in to stop seeing this