Socceroos boss Graham Arnold has revealed he is open to offers after the World Cup in Qatar – and America’s Major League Soccer is a genuine option.

Arnold, 59, has been in charge of the national team for the past four and a half years – and he’ll be a free agent once Australia are eliminated in the Middle East.

Football Australia haven’t indicated they will extend Arnold’s deal, so coaching abroad looms as his next sporting adventure.

Come December, Arnold confirmed he will take some time off to ponder his future. 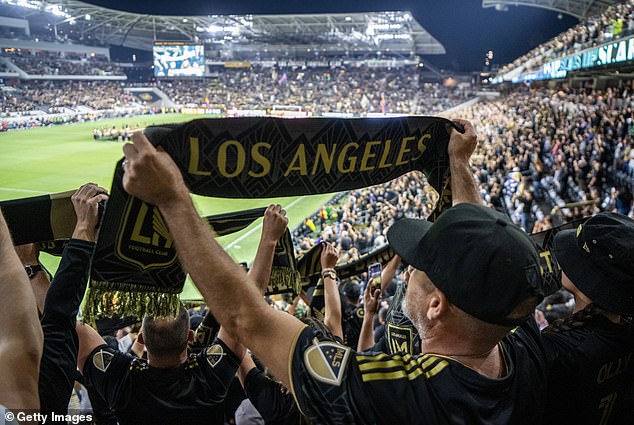 The MLS is growing in popularity and the competition will expand to 29 teams in 2023 (pictured, action from a derby game between Los Angeles FC and Los Angeles Galaxy)

‘I haven’t decided anything,’ Arnold said. ‘I don’t feel unwanted, my contract is over. I am not getting tapped on the shoulder.’

The two-time A-League championship winner with Sydney FC and the Central Coast Mariners is said to be keen to test himself overseas again.

In 2014, Arnold was at the helm of J-League side Vegalta Sendai, but was sacked following eight winless games.

As it stands, four clubs in the MLS are on the lookout for new head coaches: Columbus Crew, New York City FC, Houston Dynamo and San Jose Earthquakes.

‘I’m the type of person that needs a life, as well as football – I’m not one to sit at home and stay in and just be obsessed with football.

‘I like to go out and have a beer and catch up with mates, so lifestyle is important.’

Arnold also confirmed he may work with another nation if the right deal can be struck.

The World Cup in Qatar starts on November 20, with the Socceroos’ first game coming three days later when they face heavyweights France.